In the Footsteps of the Caravans

Delve into one of the fascinating legendary routes in the history, which enchanted the human being for several generations. This journey is designed to introduce you the cultural and historical gems of each country, through the wealthy capitals and many other cities with unique monuments and museums, as well as the opportunity of admiring the breathtaking landscapes of these countries. Take the chance to immerse yourself in this charming discovery and vivid the impressions of the first explorers. 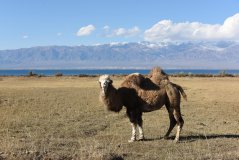 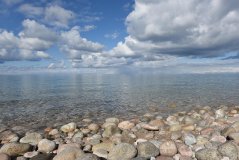 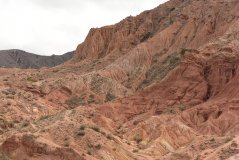 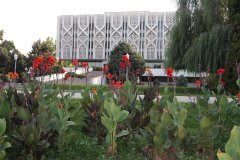 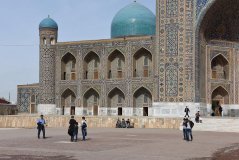 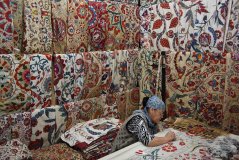 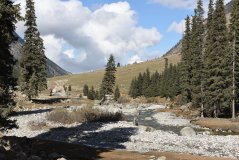 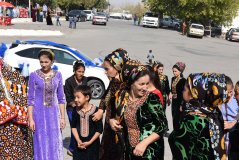 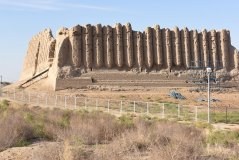 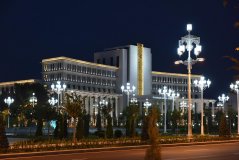 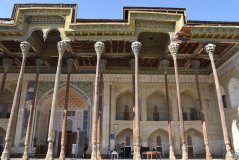 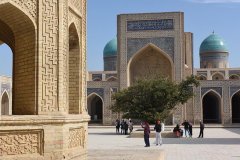 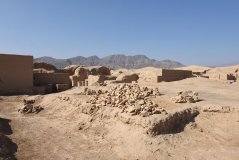 Day 2         Bishkek - Cholpon-Ata – Karakol
At 09:00 meeting with the guide in the hotel’s lobby.
After the tasty breakfast, we will head to Karakol. On the way to the South, we will discover the magnificent petroglyphs of Cholpon-Ata, located in the foothills of Kungoy Ala-Too Mountain. Early in the afternoon, we will arrive at Karakol in order to visit the Russian Orthodox Church and the Dungan Mosque, which is constructed entirely from wood, without a single nail in 1910.
Dinner and overnight at the hotel.

Day 3         Karakol - Jeti-Oguz – Kochkor
We will admire the splendid landscapes during the whole day. The morning will start with an extraordinary tour to the picturesque Jeti-Oguz Gorge, which is well-known for its coniferous forest, the flower glades, and the red sandstone formations. On the way to Kochkor Village, we will stop at the impressive “Skazka” Gorge (Fairy Tale) with its bizarre rocky landscape, which has been transformed into fabulous sculptures during the centuries. Afterwards, we will have an opportunity to visit the traditional carpet factory of Kyrgyzstan.
In the evening, we will arrive at Kochkor, check-in and overnight.

Day 4         Kochkor - Song Kol
The day will be dedicated to the discovery of Song Kol Lake, located at an altitude of more than 3000 m above sea level. Here, the yurts are like mushrooms shapes and scattered around the Kyrgyz pearl.
Overnight in the yurts.

Day 5         Song Kol – Chychkan
In the morning, we will head to Chychkan Gorge, which is well-known for its extraordinarily diverse flora.
Leisure time. Overnight.

Day 6         Chychkan – Osh
Early in the morning, we will depart to Osh - the second largest city in the country and one of the oldest in Central Asia. Upon arrival, we will have a city tour. According to the legend, this city was founded by King Solomon 3000 years ago. After, we will visit Takht-e-Sulaiman Mountain, which is considered as the second Mecca for Muslims. Later, we will go to the National Historical and Archaeological Museum and the colorful Osh Bazaar - one of the biggest markets in Central Asia, which is situated on the Great Silk Road.
Leisure time and overnight.

Day 7         Osh – Andijan (Uzbekistan)
After the breakfast, we will cross the Kyrgyz-Uzbek border in order to arrive at Andijan, check-in at the hotel and have some rest. On this day, we will have a chance to discover Babur National Park with its local museum, home to a rich collection of literary works about Baburid dynasty and the lifestyle of the people who are living in Central Asia. After, we will explore the famous Khanabad Park with its flower gardens, which is also called “Switzerland of Uzbekistan”.
Free time in the evening.

Day 8         Andijan – Tashkent
The trip will continue to the Capital Tashkent. Upon our arrival, we will discover the city starting from Chorsu Bazaar, through the Amir Timur and Independence Squares, as well as the Museum of Applied Arts and the “Soviet” Metro.
Overnight at the hotel.

Day 9         Tashkent – Samarkand
We will continue our journey to Samarkand by train.
At noon, we will arrive at the hotel, check-in, lunch and free time.

Day 10       Samarkand
The whole day will be dedicated to Sogdia - the capital of the famous historical region. The first stop will be at the Registan Square, which was the heart of the city, surrounded by three madrasahs. Next, we will visit the of Bibi-Khanym Mosque, which was named in honor of Timur’s wife. Then, we will continue to the Siab Bazaar with a great variety of colors and spices. Later, we will arrive at the 15th-century mathematician Ulugh Beg Observatory. In the evening, we will discover the Mausoleums of Shah-i- Zinda and Gur-e-Amir, dedicated to Sultan Muhammad, Timur’s grandson. Those monuments are inscribed on the list of UNESCO World Heritage Site.

Day 11       Samarkand – Bukhara
After the delicious breakfast, we will visit the Mausoleum of the Prophet Daniel at the edge of the Afrasiyab Cliff. The tour will continue to the Konigil Village, where we will see the manufacturing process of the silk paper. In the afternoon, we will take the direction of Bukhara, which is located in the South of the country. Meanwhile, we will have a short stop at Rabati Malik Carvansarai of the 11th-century, one of the largest medieval caravanserais in Central Asia.
Arrival at Bukhara and check-in at the hotel.

Day 12       Bukhara
The day will be dedicated to the discovery of the old Bukhara City: Kalan Architectural Complex, the 17th-century Mir-i Arab Madrasah, the Magok-i- Attari Mosque, the Madrasahs of Ulugh Beg and Abdulaziz Khan. After, we will explore the ancient Citadel of Ark, the Lyab-i Hauz Ensemble and the 19th-century Chor Minor Madrasah.
Overnight at the hotel.

Day 13       Bukhara - Mary (Turkmenistan)
On this day, we will depart from Uzbekistan to Turkmenistan - the third and last country of our journey. We will cross Uzbekistan-Turkmenistan border after passing the customs through Alat Farab. We will meet the guide on the border and head to Mary City through Turkmenabat, which is located on the left bank of Amu Darya River.
Upon arrival, check-in at the hotel, leisure time.

Day 14       Mary – Gonur Tepe – Merv – Mary
We will head directly to Gonur Tepe. It is the capital of Margush (Margiana) - the legendary country, which is among the most famous sites from the Bronze Age (2300-1600 BC). The ruins of the fortresses and temples are comparable to those of Assyria and Babylon, which were discovered by the professor Viktor Sarianidi in 1972. The on-going archaeological excavations until nowadays have revealed the settlements of the urban Mesopotamian civilization. In the afternoon, we will visit Merv, which is located several kilometers from Mary. It is included in the list of UNESCO World Heritage Site. Therefore, we will explore the well-preserved urban centers and remarkable fortifications, dating back to the 3rd millennium BC.
In the evening, we will return to Mary. Dinner and leisure time.

Day 15       Mary – Ashgabat
We will take the “Soviet” train in order to discover the Turkmen deserts “differently”, before our arrival at Ashgabat Capital.
Check-in at the hotel. Free time in the evening.

Day 16       Ashgabat
The day will start with a city tour in the Turkmenistan’s Capital - Ashgabat, which is famous for its gleaming white marble architecture. We will discover the Presidential Palace, the Ertugrul Gazi Mosque, which is a place of worship for Muslims, and the newly constructed Independence Park. Later, we will visit the National Museum of History, which was built after the independence, as well as the Neutrality Monument. In the afternoon, we will explore the archaeological site of Old Nisa, inscribed on the UNESCO World Heritage List. All along our way, we will visit Gypjak (Kipchak), one of the biggest mosques in Central Asia. Besides, we will head to Bedev Hippodrome in order to admire the famous Akhal-Teke horse breed, which is the pride of Turkmen nation.
Return to Ashgabat. Preparations for departure. Overnight.

Day 17       Return flight
Transfer to the airport. End of our services.

Day 17       Ashgabat – Darvaza
In the morning, we will go to the Karakum Desert where we will have the opportunity of approaching the famous Darvaza gas crater.
Picnic in nature’s embrace. Overnight in the tents.

Day 18       Darvaza – Ashgabat
On the way to the capital, we will visit the other two craters: the mud and the water craters.
Late in the afternoon, we will arrive in Ashgabat and check-in at the hotel. Free time in the evening. Preparations for departure.

Day 19       Return flight
Transfer to the airport. End of our services.