Follow in the footsteps of European oldest civilizations and take pleasure in discovering the unique and incomparable culture of Central Asian countries during two weeks. Tajikistan is a mountainous country with numerous villages, lakes and incredibly preserved archaeological sites. Uzbekistan is the crossroad of nations, where the culture and knowledge have mingled during millenniums. This culturally complete exceptional program is a great opportunity to explore these amazing countries by the organized daily visits alternating with the individual discoveries. 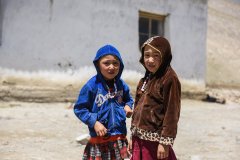 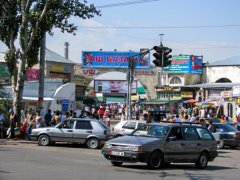 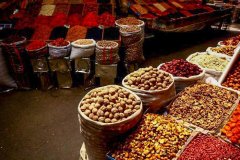 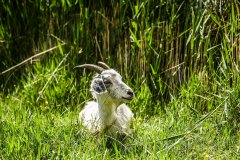 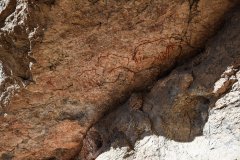 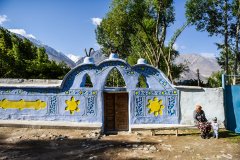 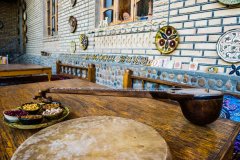 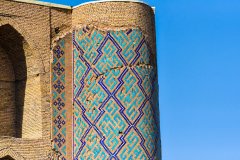 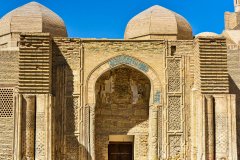 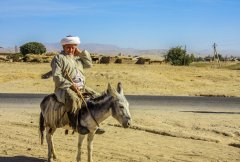 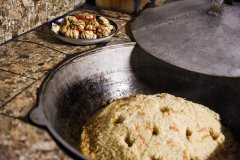 Day 1       Dushanbe (Tajikistan)
Upon arrival at the airport, the English-speaking guide will greet us, transfer to the hotel and check-in.

Day 2       Dushanbe - Saritag
At 09:00 meeting with the guide in the hotel’s reception.
After the breakfast, we will have a tour to discover the Capital of Tajikistan - Dushanbe. First, we will stop at the National Museum of Antiquities - the largest and most fascinating museum in the country. Here, we will get acquainted with the history, art and culture of the country. Also, we will admire the Buddha Statue in Nirvana, one of the most precious items in this museum. Later, we will see the Statue of Ismail Samani and visit the Rudaki Park. In the afternoon, we will arrive at Saritag Village through the Anzob Pass, where we can find snow even in the midsummer. Immerse yourself in the beauty of nature and capture the spectacular mountains landscape with your camera.
Leisure time and overnight at the guest house.

Day 3       Saritag – Iskanderkul – Nofin
After the tasty breakfast, we will move to the crystal Iskanderkul Lake, which is located in the heart of Fann Mountains. The lake was named after Alexander the Great, who went there on his expedition. In the afternoon, we will return to Saritag in order to enjoy some traditional tasty food with a host family. Later, we will explore the surroundings of the picturesque lake fed by small torrents. Afterwards, we will stroll along Sarez Lake - the “Snake Lake” shape, which is separated from Iskanderkul with 300 m strip of land. In the evening, we will have a short tour to a waterfall which is called “Fan Niagara” by mountaineers.
Return to Saritag Village. Overnight and leisure time.

Day 4       Nofin – Lake Marguzor – Lake “Thousand Springs” – Nofin
After the breakfast in a beautiful atmosphere for enjoying a warm weather, we will depart to the sixth lake called Marguzor. Upon arrival, we will have a coffee break on the lakeshore. Afterwards, we will hike to the seventh lake, which is called “Thousand Springs”, and stroll in the surroundings.
In the evening, return to Nofin Village, where we will have a savoury dinner.

Day 5       Nofin – Panjakent
After the breakfast, we will spend an unforgettable day in the picturesque Nofin Village, while admiring its 7 spectacular lakes (at an altitude of 2139 m). Here, we will stroll along the lakes and enjoy some individual discoveries. Later, we will head to Panjakent, which was one of the largest and richest residences of the Sogdians, and founded by Achaemenids in the 5th century BC. Upon our arrival, we will visit Rudaki Regional and Historical Museum and the ancient Sogdian city of Panjakent, which is stretching in the picturesque Zarafshan Valley. After, we will discover the local bazaar. The lunch will be at a traditional teahouse (Chaihana), where we will have a possibility to taste the flavorful “Pilaf” of Panjakent.
In the evening, check-in and leisure time at the guest house.

Day 6       Panjakent – Khujand
In the morning, the first stop will be at the archaeological site of Bunjikath, the living example on the ruins of the ancient Sogdian city of the 5th – 8th centuries, as well as the citadel and Zoroastrian fire temple. Afterwards, we will head to Khujand by passing through Istaravshan. Here, we will discover the former Sogdian Fortress of Mug Teppe, which is located on a hill in the South-East of Istaravshan. Furthermore, we will explore the Khazrati-Shokh Architectural Complex, dating back to the 18th century. The complex consists of Kusam ibn Abbas and Khudoyor Valami Mausoleums, Khazratishokh Mosque (also known as Namozgokh), the madrasas and the city’s cemetery, dating back to the 19th century.
Arrival at Khujand in the evening. Check-in and leisure time at the hotel.

Day 7       Khujand - Tashkent (Uzbekistan)
After the breakfast, we will have a city tour: we will visit the Archaeological Museum and Panjshanbe Oriental Bazaar, which is the largest one in Central Asia. In the afternoon, we will cross the Tajikistan-Uzbekistan border through “Oybek” passageway after passing the customs.
Transfer to Tashkent and check-in at the hotel. Leisure time.

Day 8       Tashkent
Our day will start with a city tour in Tashkent - the capital of Uzbekistan and largest city in Central Asia. Whereas, we will discover the ancient Tashkent City and the Hast-Imam Ensemble, where the 7th - century Quran of Ottoman Caliphate is preserved. Later, we will head to Barak-khan Madrasah - the administrative center of Uzbekistan’s Mufti (the head of official Islam). We will visit the Tillya Sheikh Mosque with its rich library of oriental manuscripts, the Saint Abu Bakr Kaffal Shashi Mausoleum and the Imam Al Bukhari Islamic Institute, which is the training center for the future Imams. After exploring the Chorsu Bazaar, we will have a tour in the city center in order to visit the Amir Temur Square, the Independence Square and the Museum of Applied Arts, where we can discover a wide range of items dating back to the 19th – 20th centuries.
Overnight at the hotel.

Day 9       Tashkent – Samarkand
Early in the morning, we will depart to Samarkand by TGV Afrasiyab (the high-speed railway). Upon arrival, our guide and the driver will greet us in order to start the city tour in Samarkand, which is the real crossroad of cultures that are classified in the UNESCO World Heritage Site: the Registan Square, the 15th - century Bibi-Khanym Mosque, the Ulugh Beg Astronomical Observatory, which contains the world's biggest sextant, as well we will visit the 15th-century Necropolis of Shah-i-Zinda and Gur-e-Amir Mausoleum. The latest was built by Timur for his grandson in the 15th century.
In the evening, leisure time and overnight at the hotel.

Day 10     Samarkand
The day will be dedicated to the discovery of Samarkand. Whereas, we will have a tour to Afrasiab Museum - the archaeological site dating back to the 8th century BC, which is well known for its magnificent murals. Afterwards, we will visit the Tomb of Saint Daniel, who was brought back from Persia by Timur. Later, on the way to Konigil Village, we will have an opportunity to see the manufacturing process of the silk paper.
Free time in the evening. Overnight at the hotel.

Day 11     Samarkand – Bukhara
Early in the morning, we will depart from Samarkand to Bukhara, which is situated in the South of the country. On the way, we will have a short stop at the 11th-century Rabati Malik Caravanserai, one of the largest medieval caravanserais in Central Asia. After, we will arrive at Bukhara and check-in at the hotel. In the afternoon, we will have a tour of the ancient city. The fascinating historical and religious monuments of this city are inscribed on the list of UNESCO World Heritage Site. Whereas, we will visit the Kalyan Minaret, which is overlooking the city at an altitude of more than 48 m. Also, we will see its impressive 12th - 16th century Po-i-Kalan Architectural Complex and the 16th-century Mir-i Arab Madrasah. Then we will continue to the oldest Magok-i-Attari Mosque, which is the oldest one and built on the ruins of Zoroastrian Temple. Later, we will discover Ulugh Beg Madrasah, one of the oldest in Central Asia, as well as the Abdulaziz Khan Madrasah, which is richly decorated with the painted stalactites. Furthermore, we will visit Lyab-i Hauz Ensemble - the grand reservoir of Bukhara and the Chor Minor Madrasah.
Overnight at the hotel.

Day 12     Bukhara
The day will be dedicated to the exploration of Bukhara. Hence, we will visit the 16th-century Citadel of Ark, on the opposite side of this citadel, we will see the Bolo Haouz Mosque with basin, which was named after the mosque. The tour will continue to the 12th-century Chashma Ayub Mausoleum, which commemorates the wells that were brought by the Prophet Ayub. Later, we will stop at the Palace of Sitorai Mokhi-Khosa, which was the residence of the Bukhara's Emir in the summer. It is harmoniously combining the oriental and Russian architecture. However, today it is the Museum of Decorative Arts of the city. After, we will head to the 14th -century Baha-ud- Din Naqshband Mausoleum, which is considered as the most sacred place in the city.
In the afternoon, free time for the individual discoveries. Overnight at the hotel.

Day 13     Bukhara - Khiva
In the morning, we will depart from Bukhara to Khiva. All along the way, we will pass by the Great Silk Road, through Kyzylkum, which is one of the largest deserts in the world. We will stop for a while in order to admire the spectacular view of the desert and Amu Darya River.
Arrival at Khiva late in the afternoon. Check-in and leisure time at the hotel.

*The trip can be shortened by taking a plane to Khiva.

Day 14      Khiva - Urgench – Tashkent
In the morning, we will start the tour in Khiva with a visit to Itchan Kala Fortress, which is inscribed in the UNESCO World Heritage List. We will continue to the Muhammad Amin Khan Madrasah, which is located in the fortified district in the West part of the city. Later, we will discover the Kalta Minor Minaret, the Djuma Mosque, the Tash-Khovli Palace, and the Pakhlavan Mahmud Mausoleum. Afterwards, we will try to climb Islam Khoja Minaret, which is the highest one in Uzbekistan. From here we will enjoy the unfolded panoramic view of the ancient Khiva City and the Kunya-Ark Citadel!
Free time in the afternoon. Transfer to Urgench Airport in the evening. Flight to Tashkent, check-in at the hotel, leisure time.

Day 15       Return flight
Transfer to the airport. End of our services.