The Wonders of Kyrgyzstan

This 10-day tour is a unique opportunity to visit the main cultural and natural sites of the country. Starting from the capital of Kyrgyzstan, we will discover the main gorges, valleys, mountains, rivers and lakes, which are not explored by many tourists. One of the advantages of this journey is the chance to take part in the daily life of the local people as well as to learn their stories.
A pair of comfortable shoes and a curious mind are all you need for this amazing tour. 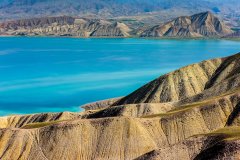 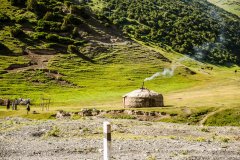 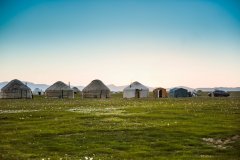 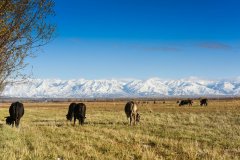 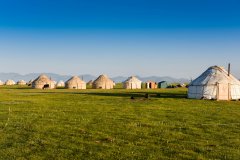 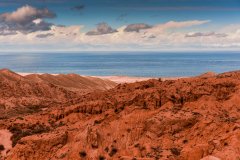 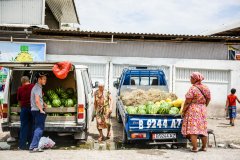 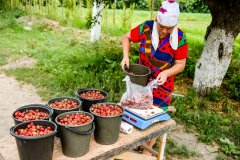 Day 2         Bishkek City Tour
At 09:00 meeting with the guide in the hotel’s lobby.
The day is dedicated to delving into the beauty of Kyrgyzstan’s Capital – Bishkek: we will start from the History Museum, through Ala-Too (Victory Square) all along to the Dubovy Park, which also translated as Oak Park - the oldest garden in the city. The Russian Orthodox Church is located near to this garden, which is also worth visiting. Later, we will explore a great variety of colors and spices in the Osh Bazaar.
Overnight in Bishkek.

Day 3         Bishkek - Cholpon-Ata – Grigorievka Gorge – Karakol
In the morning, we will depart to Karakol. On the way, we will visit Burana Tower - the minaret of the ancient Balasagun City from the 11th – 13th centuries. After, we will head to Cholpon-Ata - the museum of petroglyphs, where we can admire more than 900 colorful rocks of the 8th century BC. Also, we will discover the Grigorievka Gorge, one of the most beautiful gorges of Kyrgyzstan. Here, we will have a chance to admire the beautiful coniferous forests of the Tian Shan Mountain chain. The fragrance of flowers and the splendor of colors will follow us during the whole day.
In the evening, we will arrive in Karakol. Leisure time.

Day 4         Karakol
In the morning, we will ascent to the snowy mountains of Karakol Region. During the second half of the day, we will have a city tour in Karakol City: by a visit to the Russian Orthodox Church, the Chinese Dungan Mosque, which was constructed without any nail in 1910, as well as, the local bazaar.
Dinner at a traditional restaurant, where we will have an opportunity to taste the flavorful dishes of the Uyghur cuisine.

Day 5         Karakol - Jeti-Oguz – Naryn
The trip will continue to Naryn City. In the route of our journey, we will have an extraordinary tour to the picturesque Jeti-Oguz Gorge, which is well-known not only for its coniferous forest and the flower glades, but also for its red sandstone formations. By crossing the arid steppes and the Tosor Pass, we will arrive in Naryn late in the evening and have a leisure time.

Day 6       Naryn - Tash Rabat - Song Kol
The Town of Naryn was an important stop on the famous Silk Road. Here, we will discover the Blue Mosque and get acquainted with the local people, their daily life and traditions. Later, we will go to Tash Rabat Caravanserai - the “stone dwelling”. Being situated on the Great Silk Road, it is considered to play an important role in the commercial relationships between Kyrgyzstan and China. Another possibility is to hike on the spot.
Arrival at the picturesque Song Kol Lake (3250 m).
Overnight in yurts.

Day 7         Song Kol
Definitely, we will be surprised by the calmness and beauty of the lake. All day long, we will have a chance to admire the rivers and streams between the mountains, as well as, to discover the daily life of local people.
Free time on the lakeshore.

Day 8         Song Kol – Kazarman – Uzgen – Osh
We will move to Kazarman by passing through the wonderful landscapes. During the scenic trip, we will admire the magnificent valleys and the snowy peaks of the mountains on the way. Also, we will have short stops in order to capture some photos. Later, we will arrive at the small Uzgen Town, where we will explore the mausoleums and the minaret of the Kara-Khanid Dynasty. This architectural complex of the 12th century attracts many tourists.
Dinner and overnight in Osh.

Day 9         Osh
In the morning, we will arrive in Osh - the second largest city in the country and one of the most ancient cities in Central Asia. According to legend, Osh was founded by King Solomon almost 3000 years ago. Right in the heart of this city is Takht-e-Sulaiman Mountain, which is considered as the second Mecca for Muslims. Whereas, we will visit the National Museum of History and Archaeology, as well as the colorful Osh Bazaar, one of the largest markets in Central Asia, which is situated on the Great Silk Road.
Leisure time and overnight.

Day 10       Return flight
Transfer to the airport. End of our services.