In the Country of Deserts

Turkmenistan is one of Central Asia’s less-known countries, however, it is a legendary destination for its long-standing commercial record. Being privileged at the crossroads of the famous Silk Road, this country has well-preserved its mysteries and monumental works which unstoppably impress the people. Retrace with us the Turkmen's steps through this route to the innumerable treasures, which were built here and in the heart of semi-desert landscape. 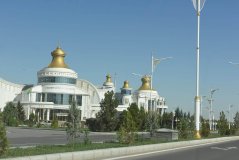 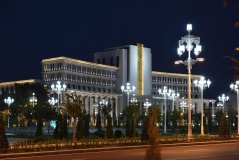 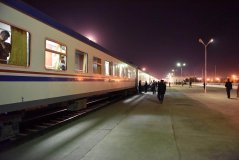 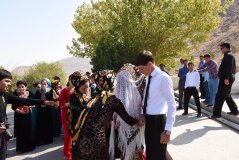 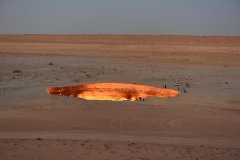 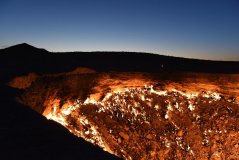 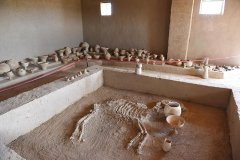 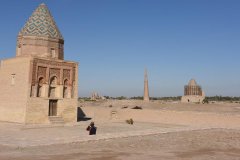 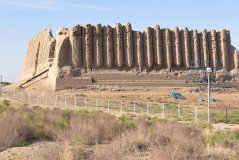 Day 2         Ashgabat – Nisa – Dasoguz
At 09:00 meeting with the guide in the hotel’s lobby.
In the morning, we will visit the ancient Nisa (2nd century BC), which was the capital of the Parthian Empire at that time. Also, here are the ruins of the Parthian fortress of Nisa, which was home to the kings' treasures of the Arsacid Empire in the ancient times. Later, we will visit other eye-catching sights of the capital, such as the Independence Park, the Monument of Neutrality, among others.
Flight to Dashoguz. Check-in at the hotel, leisure time.

Day 3         Dashoguz – Konye-Urgench – Darvaza
This morning will be dedicated to exploring Dashoguz City, situated in the north of the country. Through our route, we will arrive at Konye-Urgench - the ancient capital of Khwarazmian Empire. This splendid city shelters incomparable monuments which prove the architectural genius of that time. Hence, we will discover Turabek Khanum Mausoleum of the 15th century and Kutlug-Timur Minaret of the 11th-14th centuries, which is the highest medieval minaret in Central Asia (60 m). Also, we will visit the Mausoleums of Khoresmshakh Tekesh of the 12th century and Il-Arslan, one of the pre-Mongol periods survived monuments. Afterwards, we will continue through the Karakum Desert, it is located near to Darvaza Village, where we will have the opportunity to see the dazzling crater - the “Gates of Hell”.
At the end of the day, we will have a picnic in nature’s embrace. Overnight in the tents.

Day 4         Darvaza – Ashgabat
On our way to the capital, we will visit the other two craters: the mud and the water craters.
We will arrive in Ashgabat late in the afternoon. Check-in at the hotel. Free time in the evening.

Day 5         Ashgabat – Mary
We will depart to Mary - the third largest city of Turkmenistan. In the afternoon, we will arrive at Mary and check-in at the hotel.

Day 6         Mary - Gonur Tepe – Merv – Mary
In the morning, we will head directly to Gonur Tepe. It is the capital of Margush (Margiana) - the legendary country, which is among the most famous sites from the Bronze Age (2300-1600 BC). The ruins of the fortresses and temples are comparable to those of Assyria and Babylon, which were discovered by the professor Viktor Sarianidi in 1972. The on-going archaeological excavations until nowadays have revealed the settlements of the urban Mesopotamian civilization. Later, we will have a picnic at the same place. Then we will continue to visit Merv, which is located at 25 km away from Mary. Merv is one of the oldest oasis-cities on the Silk Road, which is inscribed on the list of UNESCO World Heritage Site. Therefore, we will explore the well-preserved urban centers and remarkable fortifications, dating back to the 3rd millennium BC. Also, we will visit Sultan-Kala, Gyaur-Kala, Erk-Kala, Abdullakhan-Kala and Bairamalikhan-Kala architectural monuments.
Return to Mary. Overnight at the hotel.

Day 7         Mary – Ashgabat
We will return to the Capital Ashgabat by train. Upon arrival, check-in at the hotel. Preparations for departure.